Ask The Batemaster: The Prostate & Ejaculation

RESPONSE: As we get older our prostate always continues to slowly grow bigger and bigger. Prostatitis, which is several different conditions, can include blockage of the urinary tract, which of course needs to be remedied. Recently, cases of prostate cancer are often evaluated differently than before. Many cases of such conditions are now known to progress very slowly and not present much danger.

Response: According to studies, there is some truth to the idea that men are more turned on by the visual aspect of observing explicit sexual content than many women are, and that women more often associate emotional warmth with sexual arousal. However, this is only part of the story:

Ask The Batemaster: A Gay Dilemma

QUESTION: I’m at university and I’ve got a really hot straight buddy I’d love to jack-off with, but I’m not sure how he’d react, so how do I go about it? He’s in my room a lot. He knows I’m gay and says he doesn’t mind that. Anything to do with sex turns me on totally. But yeah, it’s guys and cocks that get me the most turned on. Help!

Ask The Batemaster: Pulling Back From The Edge

In Search Of The Perfect Orgasm

RESPONSE: You are experiencing an orgasmic state familiar to me, which is between a “dry orgasm” and a full-blown ejaculatory orgasm. Because you are edging, mentally you seek to pull back from the edge, but your body releases some semen, partly because you may be generating a lot of the components in your edging process. The different taste may be because it’s not all the components of full-blown ejaculatory semen.

QUESTION: Is it possible to climax with the brain alone?

How Can I Stretch My Hole Safely?

The Lowdown on Cowper’s Gland Fluid

QUESTION: I’m a huge pre-cum fan, and it makes a great natural lube. But I don’t ooze a lot of it, and not all that often. What causes different guys to pre-cum more or less? Is there any way to increase the amount of pre-cum I ooze?

How to Handle The Post-Bate Munchies

Question: When I finish bating, I have a sudden craving for chocolate. Is it normal to crave something after finishing?

Response: Part of my mission to encourage male masturbators is to urge you to consider your self-pleasure as part of a healthy practice of trying to love yourself better and better every day.

Ask The Batemaster: Assturbation And Tightness

Assturbation With A Tight Anus

Ask The Batemaster: Prolonging The Bate

How to make the your bate session last longer!

QUESTION: What are the best few ways to prolong my bate sessions?

RESPONSE: This is a huge subject. For starters, make sure you are breathing deeply

To Lube or Not to Lube? 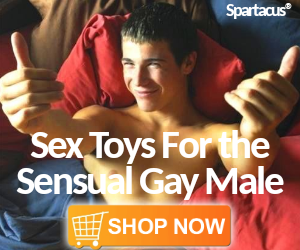 Copyright 2021 The Bator Blog from Bateworld. All Rights Reserved.