It’s a shame to have to beat off alone all the time. To share the experience gives it a whole new meaning and a whole new outcome. But how can I really achieve that in person, in the flesh, with real meaning and feeling?

Ask The Batemaster: Bating With A Married Guy

At this big company where I work, there’s this handsome guy with a little dark beard, who I don’t really know. For the third time, I’m in the restroom and at the urinal he “shows hard,” so we go in a stall and jack each other to incredible orgasms. Now I’ve snooped a little and found out he’s married, with one little kid and another on the way. Is it wrong to do it again, now that I know about his family?

We jack together often, do mutual, even some frotting cock2cock, and kissing. But he won’t suck, says that’s too gay. What do I do?

I get off on getting off, but I’m basically getting off to myself, if you think about it. Is this some form of narcissism? Where does the line blur?

Ask The Batemaster: I Saw My Brothers Bateworld Profile

My brother left his laptop open and I saw his Bateworld profile: photos and vids. I’m scared, but excited too! What do I do? QUESTION: My older brother and I are both in college at…

Ask The Batemaster: Ejaculating With A Soft Erection

Sometimes when I am in a sexually tense and very stimulating situation I will come quickly before I even get hard! Is that normal?

Ask The Batemaster: A Poppers And Meds Cocktail

Are poppers okay to use in small amounts if you take blood pressure medicine?

Ask The Batemaster: To Tell Or Not To Tell, That Is The Question

Ask The Batemaster: Ejaculation And Your Life Force

Ask The Batemaster: Socks & Other Fetishes

There is nothing wrong with what turns you on. This one probably qualifies as a sexual fetish. Such a fetish is usually a situation, a prop, a costume, an image, or any particular practice, even a role-playing fantasy, that heightens your arousal.

Distinguishing your fantasies vs. realities is important! 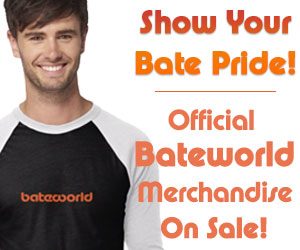